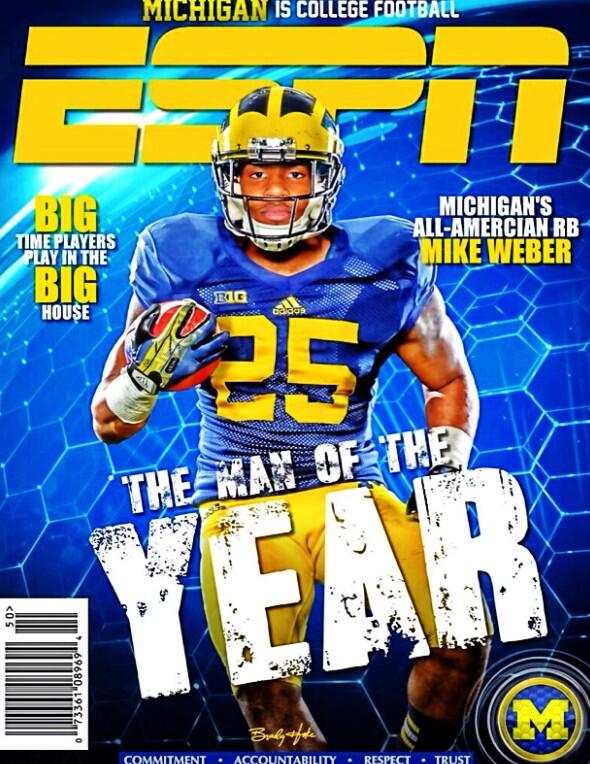 Mike Weber, a four star recruit out of Detroit’s Cass Tech, is wanted by nearly every school in the midwest. Michigan State seems to be the favorite, but that doesn’t stop their in-state rival from putting the full-court press on the running back recruit. Michigan sent Weber a really neat mock up of an ESPN the Magazine cover of Weber in Michigan gear. The only problem–they probably could have used spellcheck before sending him the cover.