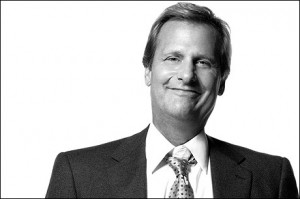 Songwriter/Actor, Jeff Daniels, must be a happy camper after the Detroit Tigers clinched the AL Central Championship.

Daniels, who is from Chelsea, Michigan, has been a big supporter of the Detroit Tigers since his childhood. He says that even during the disappointing 2003 campaign, in which Detroit lost a total of 119 games, he still supported the team.

Daniels wrote “Tigers Fan Blues”  back in 2003. He updates the song every year to rhyme the song with current Detroit Tigers players.

Here he is his performing “Tiger Fan Blues” at the MI Fest at Michigan International Speedway, on Sept. 17th. The song starts at the 3:43 mark.