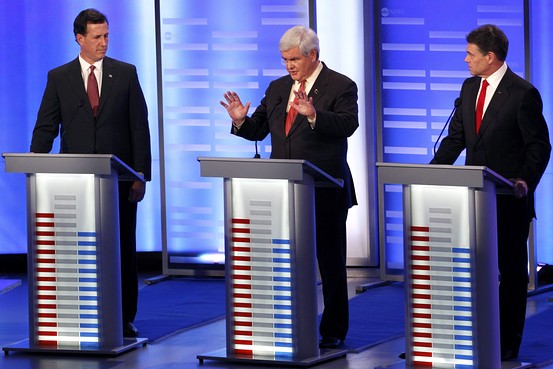 As the BCS National Championship game between the LSU Tigers and Alabama Crimson Tide approaches, the Republican presidential candidates had a debate in New Hampshire on Saturday night and discussed this big sporting game between two SEC teams.

Does Gingrich have any clue that the Championship game isn’t until Monday night, and that there was a pretty exciting NFL game going on at the time between New Orleans and Detroit?

Maybe it’s a good sign that these candidates are clueless about sports, and instead spend their time reading economic textbooks, as Ron Paul responded, or going to a shooting range like the Texas governor.