Kardashians and Lamar get 3 dimensional for Christmas card

I know many of you are thinking that this photo would be better balanced with another NBA player, but current Dallas Mavericks forward Lamar Odom was the only star athlete that made the cut for the Kardashians’ Christmas card.

All eleven members of the reality show family struck a pose in red-carpet worthy formal attire for their 2011 holiday greeting.

As if this isn’t extravagant enough, photo photographer, Nick Saglimbeni, took Kim and the rest of the gang to the third dimension, enhancing the picture that can be viewed in 3D with 3D glasses. 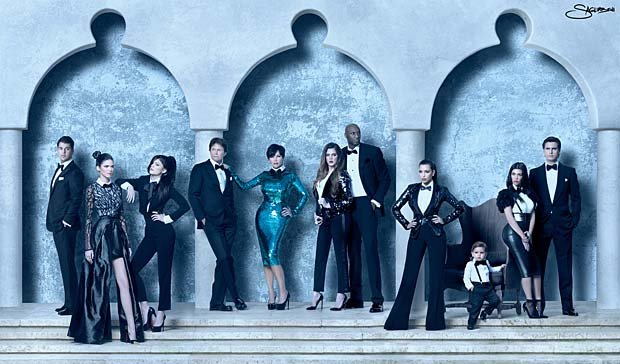