Buffalo Sabres defenseman John Scott went after Toronto Maple Leafs star forward Phil Kessel and that is when things escalated.  There ended up being a line brawl, complete with a goalie fight between Ryan Miller and Jonathan Bernier.  Maple Leafs forward David Clarkson left the bench, like Paul Bissonnette did earlier this preseason, and because he did that to engage in a fight, he will be suspended the first 10 games of the preseason.  That’s a huge blow to the Maple Leafs because Clarkson was their big offseason acquisition.  Toronto went on to win the game 5-2 and the teams combined for 234 penalty minutes.  The box score for the fights is absolutely absurd: 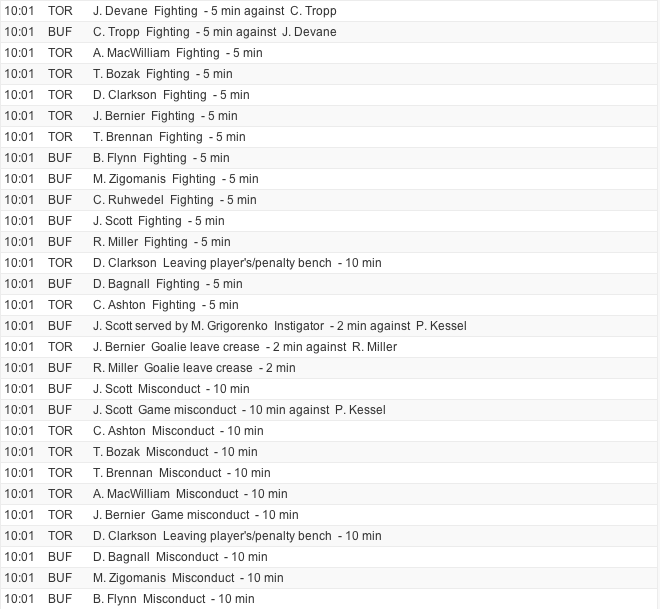