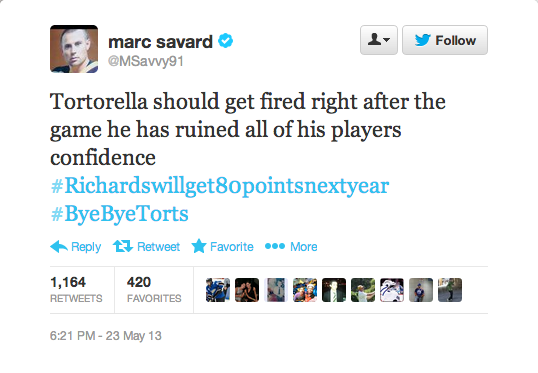 Former Boston Bruins forward Marc Savard was not a fan of New York Rangers head coach John Tortorella’s decision to scratch Brad Richards on Thursday night.  Savard went so far as to say that Tortorella should be fired and that he ruins players confidence. 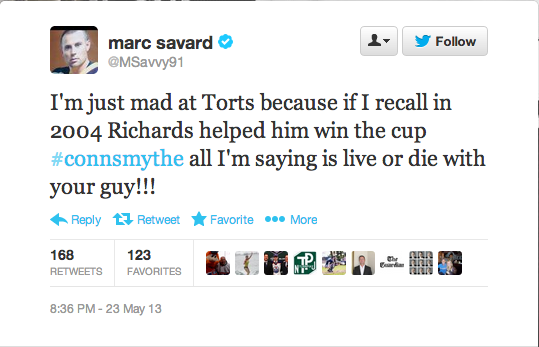 Tortorella had his own opinion for the critics of his decision after the Rangers game four win.