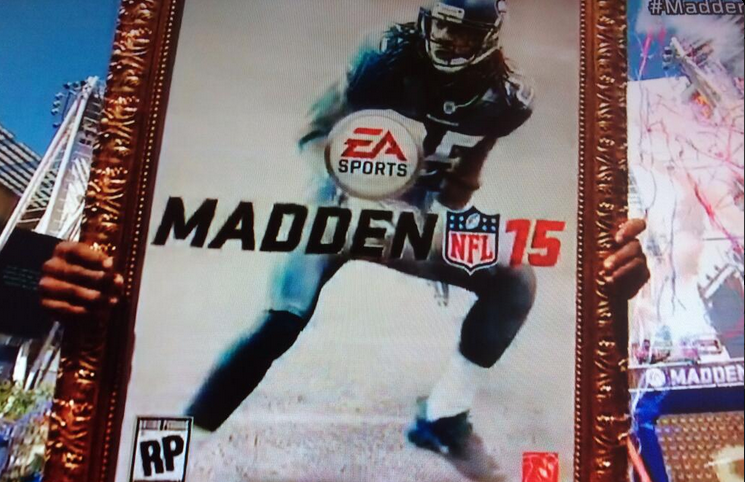 After a month of voting, the newest Madden Cover Athlete has been named. After finishing in second to Calvin Johnson two years ago, Cam Newton finishes second again. Seattle Seahawks cornerback Richard Sherman is the cover athlete for Madden NFL 15 and it’s really too bad Cam lost. It would have been pretty cool to have a hardcore gamer on the cover of Madden NFL 15. The only question that remains is why would EA Sports put Richard Sherman on the cover with Seattle’s old uniform on? Is this not the official cover?