1. Packers 2-0-0
The Packers bearing a major injury are my current Super Bowl pick.  Defensive end Clay Mathews had a record setting six sacks through two games and leads a stifling defense with Charles Woodson. Monday Night against Chicago might stay close for a half, but I see Green Bay pulling away with that offense.
2. Colts 1-1-0
Peyton Manning dominated little brother Eli and the Giant’s 38-14 week The defense looked impressive after giving up 237 yards to Texan’s Arian Foster. Week 3 in Denver should be another win.
3. Saints 2-0-0
Ranking the Saints behind the Indianapolis Colts really doesn’t make sense. They are undefeated and beat the Super Bowl champs, but I don’t see the same offense that dominated throughout all last year against San Fransisco.
4. Ravens 1-1-0
Going against the league’s biggest mouths, the New York Jets, Bengal’s wide reciever’s Terrell Owens and Chad Ocho Cinco, the Ravens showed their defensive strength. However, I am unsure of the capabilities of the offense. Week 3 should be an easy win against the Cleveland Browns with Joe Flacco’s big game.
5. Patriots 1-1-0
The Patriots failed to beat the Jets, but Tom Brady looks like his old self throwing bombs to Randy Moss and pinpoint passes. If the defense can hold other teams just enough, the Patriots will be fine. 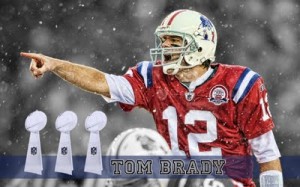 In this article:NFL, NFL Power Rankings