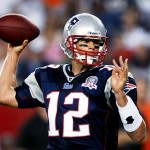 1. New England has been nothing but spectacular through both the preseason and offseason. Key addition Chad Ochocinco has shown he can stretch the field and potentially become Tom Brady’s new Randy Moss. The only concern I have ranking them #1 is because of their defense. With Vince Wilfork, Jerod Mayo and Devin McCourty, they have enough solid bodies to hold for their offense. Ryan Mallet was probably the steal of the draft, getting picked up by the Patriots in round 3 and posing as a major asset off the bench. Fun fact: Tom Brady was drafted by the Expos in the 18th round of the 1995 MLB draft as a catcher prospect. 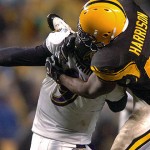 Give me yo head

2. The Pittsburgh defense is a given because of their non-stop attack.  James Harrison, Lamarr Woodley and Troy Polamalu are frightning and are a dynamite unit. My only concern for the Steelers is their offensive line. Outside of Pro-Bowl center Maurice Pouncey, the Steelers offensive line includes a former Lions back-up, Johnathon Scott, and a guy returning from a torn achilles, Willie Colon. The skilled positions on offense are better than adequate, and without any major injuries they should come away with the AFC North title. Fun Fact: As a high school senior, Ben Roethlisberger averaged 26.5 and nine rebounds in basketball.

[lightbox href=”http://www.youtube.com/watch?v=tmIweDiuPsc”]Highlights of the Steelers preseason thumping of the Philadelphia Eagles[/lightbox]. 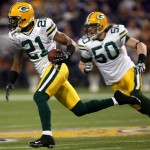 3. There are no surprises with the Green Bay Packers this year.   Reigning champs return all the necessary parts to repeat with players, Aaron Rogers, Greg Jennings, Clay Mathews, and Charles Woodson. Losing Nick Barnett could hurt and pose a glaring weakness at middle linebacker. Coach Mike McCarthy will find a somebody to fill that slot and will more than likely return this team to the playoffs. Fun Fact: Aaron Rodgers threw a fastball in high school that clocked at 90mph. 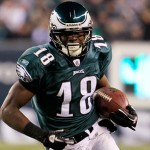 4. Philadelphia made the noise during the offseason, signing Nnamdi Asomugha, Vince Young, Ronnie Brown, Steve Smith and Jason Babin and aquiring Domique Rogers-Cromartie. Michael Vick and the rest of the Eagles  are going to be like the Miami Heat of the NBA; Everyone is going to talk about them but somehow they come up short when it matters most. Vick has all the tools on offense but they will need to be able to run with their RBs to take some pressure off Vick. This is going to be an exciting team to watch and an explosive one but they need to prove themselves first. Fun Fact: Michael Vick in 2006 had 44 runs of 10 yards or more, third best in NFL history. [lightbox href=”http://www.youtube.com/watch?v=bTgf4ad1298″] Mike Vick dominating the Redskins last year [/lightbox] 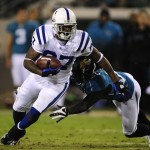 I Make it Wayne

5. Peyton Manning and the rest of the Indianapolis Colts are getting up there in age. I wonder how many more seasons they will all have together, with most of the key players over 30 years. Age aside, Indianapolis is still very good at what they do, which is scoring the football. Reggie Wayne, Pierre Garcon, Austin Collie, Blair White and Dallas Clark give Manning great targets. The Colts excel on defense when they get pressure on the quarterback with Dwight Freeney and Robert Mathis. Fun Fact: Payton Manning is the only quarterback in NFL history to start his career with six straight 3,000+ yard seasons. [lightbox href=”http://www.youtube.com/watch?v=G31Dh6fEZoQ”]Colts 2010 Super Bowl highlights.[/lightbox] 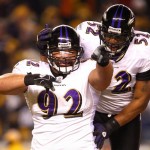 6. Baltimore is a fast and talented squad with a consistent down-your-throat game plan. With a great offensive line, Ray Rice has many openings to bounce off defenders and get the extra yardage.  The addition of Lee Evans gives Joe Flacco one more down field option at wide receiver along with Anquan Boldin.  When the Ravens face the Steelers in a divisional match-up, the winner will likely be the better defensive team. There’s a chance that Ray Lewis, Ed Reed, Haloti Ngata, and Terrell Suggs will be on that team.  Fun Fact: Ray Rice only fumbled once during his rookie season in 2007. [lightbox href=”http://www.youtube.com/watch?v=S8LYzaPzAxU&feature=fvwrel”]NFL highlights of Ed Reed.[/lightbox] 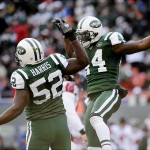 7. New York made offseason news by giving Mark Sanchez two big time targets in Plaxico Burress and keeping Santonio Holmes. However, the Jets missed out on forming the best cornerback combination with Revis and Asomugha. The defense is still going to be very solid and should win many games for this team. My concern for the Jets is whether they can get past New England and be the best team in the division. Fun Fact: in 2000, LaDanian Tomlinson of TCU became the only the 3rd rusher to lead the NCAA in rushing consecutive years (Troy Davis, Ricky Williams). [lightbox href=”http://www.youtube.com/watch?v=wBthzzaLa-8&feature=related”]Watch Revis Island.[/lightbox] 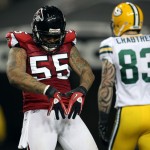 I can do it too Aaron

8. Atlanta finished last year with the most wins in the NFC, but were eliminated by Green Bay in the second round. If Atlanta wants to repeat their success from last season they need another big year from Matt Ryan, Roddy White and Michael Turner. I like the addition of Julio Jones at wideout because he gives Ryan another option opposite of White. The defense needs to slow down the opposition and let their offense win them games. Fun Fact: Matt Ryan won the scholar-athlete award in 2004 at BC. [lightbox href=”http://www.youtube.com/watch?v=6FvC4wPzI8w&feature=related”]Matt Ryan to Roddy White for game winner.[/lightbox] 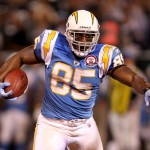 9. San Diego seems to be primed for a break out year. Phillip Rivers is one of the top 5 quarterbacks in the league and has a healthy running back, Ryan Mathews, to hand it off to. Pairing Bob Sanders with Eric Weddle, gives the Chargers two head hunting safeties. Fun Fact: Phillip Rivers graduated NC State with the second most passing yards in NCAA history with 13,484. [lightbox href=”http://www.youtube.com/watch?v=FFJ8qp9LV0I&feature=related”]Phillip Rivers 2010 game winning touchdown pass against Giant.[/lightbox] 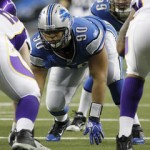 10. Let me just say this, I have always been a huge Detroit Lions fan even when they were undefeated with losses. I’m hoping that this is the year that everyone on the team stays healthy and they meet their potential.  Matt Stafford looks healthy so far this preseason after his shoulder problems last season. Let’s just hope that the bad news stops at 1st and 2nd round picks, Mikel Leshoure and Nick Fairley going down with injuries. Fun Fact: The Lions are a combined 8-48 the last 3 seasons. [lightbox href=”http://www.youtube.com/watch?v=f3qobyvv1AI”]Watch Suh manhandle Andy Dalton.[/lightbox]