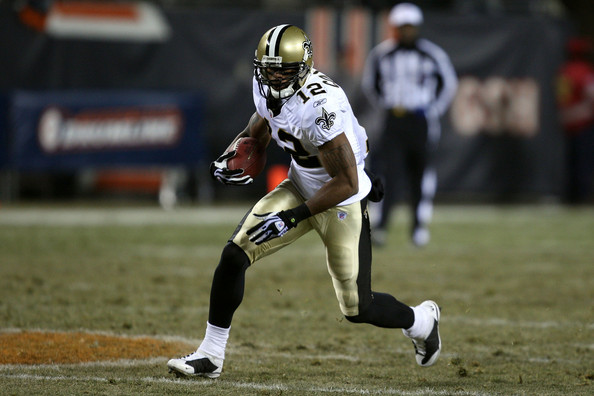 Saints WR Marques Colston suffered a broken collarbone in a heartbreaking defeat to open the NFL season and will miss approximately 4 weeks according to FOXSports.com.

Colston had six catches and 81 yard against the Packers, but according to head coach Sean Payton he injured his collarbone on a diving catch on the second to last play of the game.

This could be a very big blow for a team that prides itself on passing. Colston is Drew Brees #1 target and has had over 1,000 yards for four of his first five seasons. Without him, the Saints will need to find production from other WR’s Lance Moore, Devery Henderson and Robert Meachum.