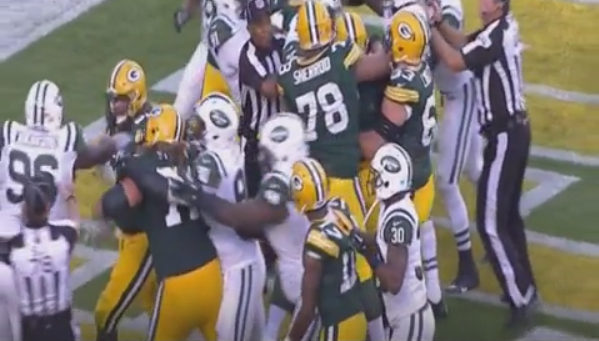 New York Jets DL Muhammad Wilkerson got a bit heated after the Packers got a two-point conversion to bring their lead to 24-21 and he ended up throwing a punch. That punch was costly and Wilkerson was ejected from the game.

Wilkerson made things better by taunting the crowd as he left.