In the ultimate power move, the Houston Texans have decided to upgrade their scoreboards to the widest in professional sports, and to be about 25% larger than the Cowboys scoreboards.  The Cowboys have gained serious notoriety for the scoreboard at “Jerry World,” but the new $15.5 Million dollar scoreboards at Reliant Stadium will pass them up. 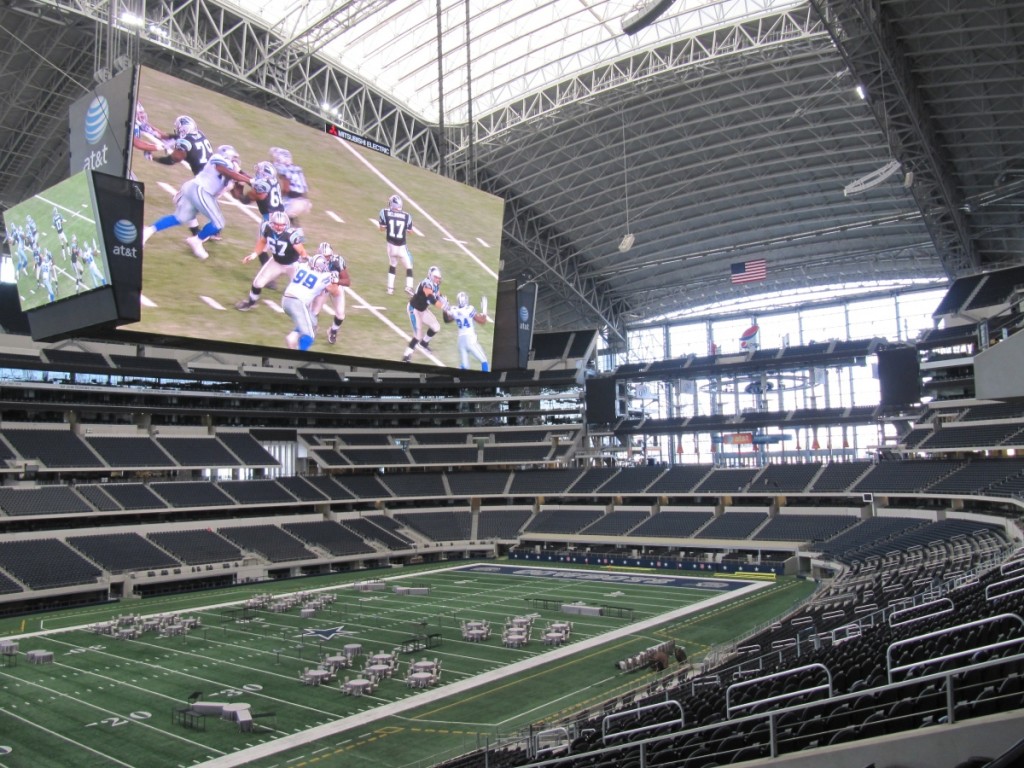 The Cowboys Stadium scoreboard is roughly 11,520 square feet, while Reliant Stadium’s new scoreboards will be about 14,549 square feet.  The scoreboards dimensions will be about 52 feet high and 277 feet wide; they will also be ready in time for the 2013 NFL season.  The Texans are hoping that the new scoreboards will help them with a bid to host the Super Bowl again.  The last time they hosted the Super Bowl was in 2004, when the New England Patriots beat the Carolina Panthers.

There will be some new stadiums popping up over the next few years at new stadiums (San Francisco, Minnesota and Los Angeles), and it will be interesting to see what their scoreboard dimensions end up being as a response to the Texans move.  According to NewSantaClaraStadium.com, the San Francisco 49ers will have scoreboards that cover 13,600 square feet.  It will only be a matter of time before Jerry Jones decides to install a bigger scoreboard to pass everyone.  After all, everything is bigger in Texas.