To wrap up their OTAs, the Green Bay Packers held a Dodgeball tournament in lieu of practice for some much needed team building.  The wet weather forced them to do something inside, rather than playing paintball like they have in years past.

Not surprisingly, the players were into it from start to finish. Eight captains selected teams of roughly a dozen players and assistant coaches, and if they weren’t hooting about drilling someone with a fastball, they were hollering about the rules and who was in or out.

Teams captained by quarterback Aaron Rodgers and receiver James Jones each won their first two matches and then squared off for bragging rights, with Rodgers’ squad emerging victorious.

“I’ve watched ‘DodgeBall’ many times, and I’ve followed the five D’s in dodgeball – dodge, duck, dip, dive and, of course, dodge,” he said. “Patches O’Houlihan and I are good buddies.”

Rodgers’ team included receiver Randall Cobb, defensive lineman Johnny Jolly, long-snapperBrett Goode and kicker Mason Crosby, among several others. Rodgers also wanted to be sure to give props to late-round selections such as rookie quarterback Matt Brown and rookie offensive lineman Lane Taylor for putting his team over the top.

I imagine there was a great deal of trash talking that went on throughout the tournament, and you have to love the Dodgeball movie reference by Rodgers in the post-tournament interview as well.  Rodgers likely won’t let his teammates forget which team won the tournament for quite some time. 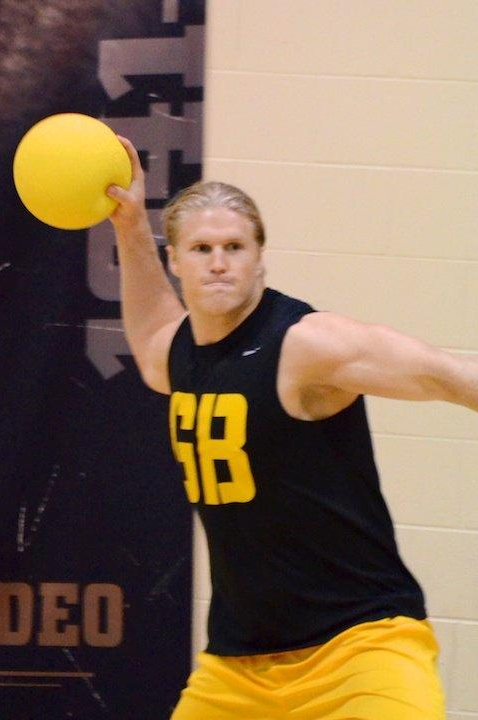