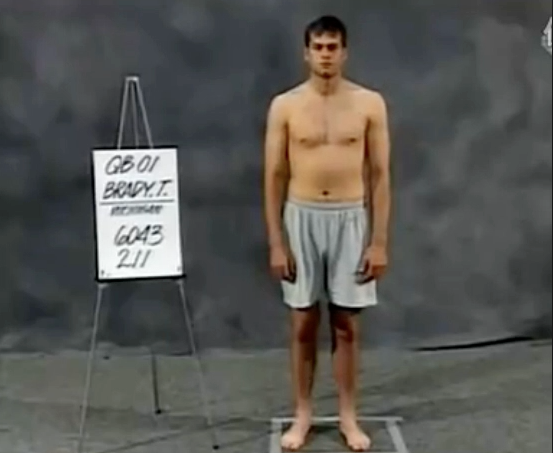 Often times you will see the above photo make its rounds around the Internet after Tom Brady has a good game. This time though, the NFL finally released the full footage of Tom Brady’s Day at the NFL Scouting Combine and lets just say that it isn’t great.

The Scouting Combine starts next week and teams will be hoping to find the next late day steal, though I’m sure they hope they’re more athletic than Tom was coming out of college.