Do New Stadiums Have an Economic Impact? 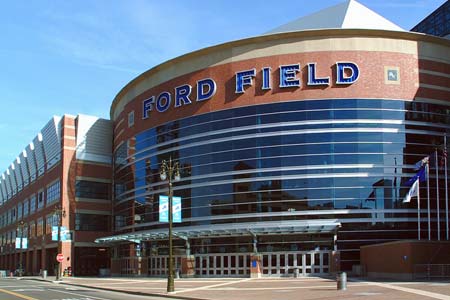 Why Cities Subsidize Stadiums: Advocates for subsidies include the diehard fans, like myself, the players and the owners looking to make a larger profit. They argue that building a new stadium creates construction jobs, generates new spending in the community by people who attend games or work for the team and the venue attracts tourists and companies to the host city.  All this new spending has a “multiplier effect” as the additional local income leads to more new spending and job creation. These all seem like reasonable justifications for building a new stadium.

Substitution Effect: Assuming that consumers have a fixed leisure budget, when a sports team moves to a city like Detroit from Pontiac, the money that a family spends going to a Lion’s game is typically money that would have been spent on other leisure activities like bowling or going to the movies. Consider the possibility of the Lions having a stellar season. If they attract fans from outside of their  own metropolitan area, who otherwise wouldn’t have come to the game or spent money at restaurants in Detroit, then they are adding revenue to the mix that wouldn’t have normally been spent.

Opportunity Cost: Opportunity cost is a major issue when it comes to public subsidies for new stadiums. The money the taxpayers spent to build Ford Field could have gone to anything including public school system or adding police officers to the city.   Detroit has struggled to stay afloat during the economic crisis so there is an obvious criticism to building a new stadium. The city has seen huge deficits, high unemployment rates and cuts to police and education spending.

Leakage effect: On average 55 to 60 percent of team revenues goes to player salaries and an average player’s salary tops $1 million. As a result, players face the highest federal tax rate.  Similarly, because players often don’t reside in the city that they play in, there isn’t a lot going back into the community.

Because the NFL has a monopoly, there is really nothing cities can do.  When a business has no competitors, it is able to charge a high price. There are a limited number of NFL teams and a lot of competition for these teams.  At one time, the NFL had the AFL to compete with. This competition drove player contract prices up to extremely high levels because NFL and AFL teams were competing for the player’s services. At the same time, getting a professional football team to the city and building a stadium was the owner’s responsibility.  However, once the NFL and AFL combined leagues, it gave the NFL market power. This meant they could drive player contract prices down, pick and choose where to put new franchises, and have cities competing for the team.  As a result, the cities who put up the most money and offered the best packages to the owner often got the team and the responsibilities of building the new stadium. Due to the popularity of sports today, it’s hard to imagine the amount of public subsidy for stadiums will ever change.