Dez Bryant Reportedly Gets In Altercation With Lil’ Wayne 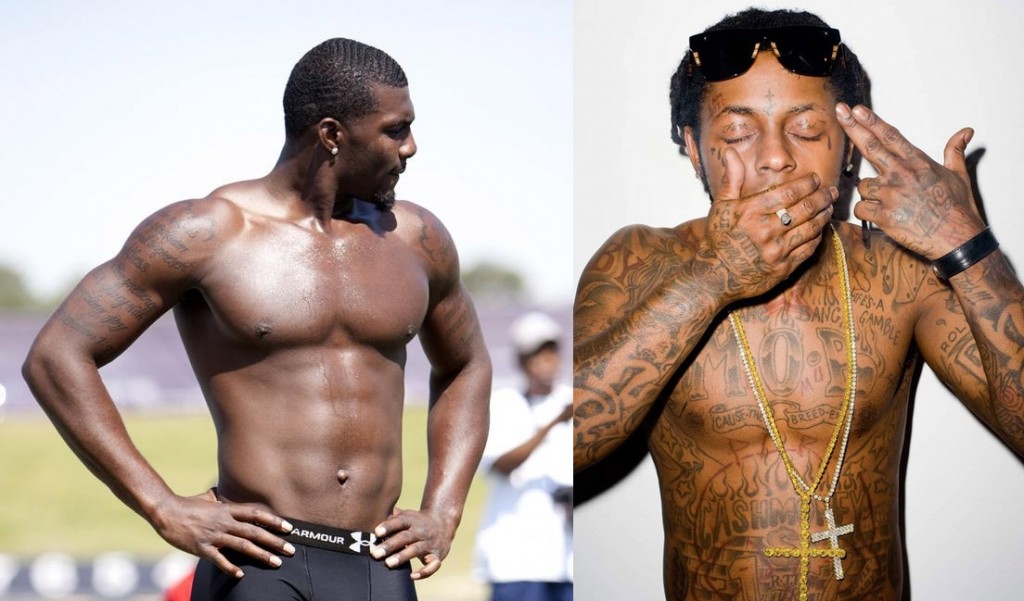 According to Miami Herald  sources, Dez Bryant and Lil’ Wayne reportedly engaged in an altercation on Sunday at Fountainebleau’s Club LIV in Miami, Florida.
The incident occurred outside of the club over someone mocking the Dallas Cowboys wide receiver about his “subpar season and a mounting personal debt crisis.” Police said Bryant was not detained, but say that there was “a bit of a melee outside LIV that night with a drunk patron striking a security guard.”

The story has yet to be confirmed by reps of either Bryant or Wayne.

This is how it probably went down: Wayne was freestyling about how much better A.Rod is than Romo.  Bryant pulled a T.O. “That’s my quarterback” emotional rant, and the 6′ 2″, 218 lbs Bryant, went Rocky IV on Wayne’s security deatil trying to hit the 5′ 5″, 135 lb. Wayne, punching the security guard repeatedly in the chest.

How long until Wayne details this incident on his next mixtape?