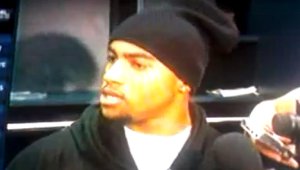 If you’re like me and have Desean Jackson on your fantasy football team, drafting him was a huge mistake. Jackson was believed to have a big year because he is in his contract year and wants to get paid. However, he has been nothing but trouble for the ‘Dream Team’ and hasn’t produced on the field.

During last night’s Thursday Night Football, the Eagles were smacked around 31-14 by Marshawn Lynch and the Seattle Seahawks. Although Vince Young and Deasean Jackson did connect on four catches for 34 yards, it was clear that the two were not on the same page.  Here was his reaction after the game. It’s all Andy Reid’s fault!

In this article:Desean Jackson, Eagles