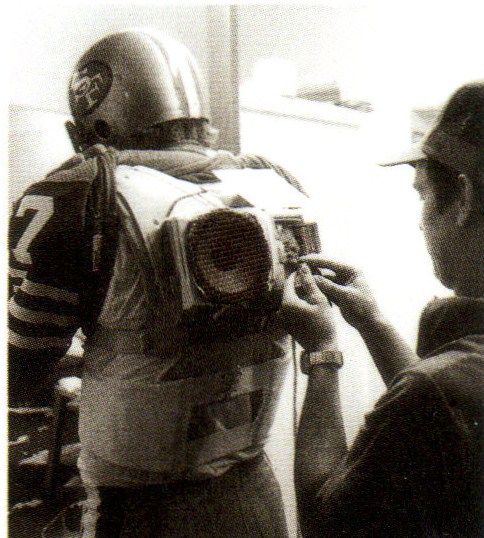 Steve DeBerg was one lucky NFL quarterback that got the chance to sit behind Hall of Famers Joe Montana, John Elway and Steve Young. It’s easy to see why DeBerg spent a large proportion of his NFL career as a backup.

In 1980, however, 49ers QB Steve DeBerg probably did something no other NFL player has done.

DeBerg had the 49ers training staff attach a speaker to his back and a microphone attached to his helmet so that his voice would be amplified and his teammates would be able to hear him better. DeBerg wore this contraption because he was hit in the throat and his vocal cords were paralyzed.

One can already see Tony Romo sporting one of these in the near future. Start the clip at 2:26.

In this article:49ers, NFL, Steve DeBerg