Parker and LA Sparks took on the Minnesota Lynx last night in the Western Conference Finals. Needing a win to continue the series and keep the Lynx from the WNBA Finals, it was a must win situation for the Sparks.

Parker held her own last night, netting 33 points, 15 rebounds, 5 assists and 4 blocks. However, with the Sparks down by a point with six seconds remaining, Los Angeles turned to Alana Beard for the game-winning shot.

To Williams’ dismay, Beard missed the winning shot (watch video above) and Parker didn’t even touch the ball. Williams sent out the following tweets after the Spark lost 80-79 via Buzzfeed: 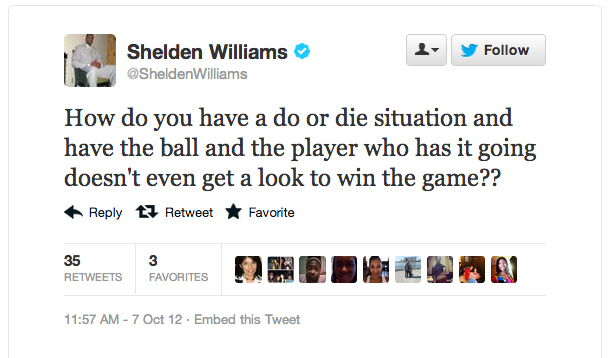 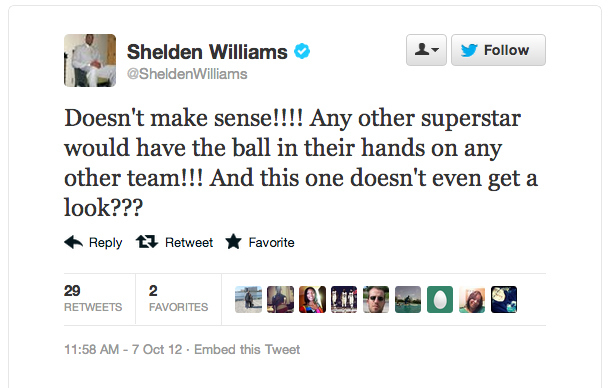 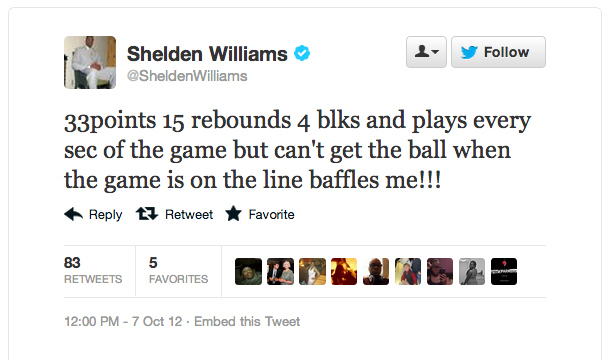 The Sparks were running a pick and roll on the play and Parker was covered well on the play. It appeared that Beard had her mind set on taking the shot or that the coaches designed the play for her. If the Sparks had been smart, they would have set the pick and roll to get Candice the ball. She was hot and having an on-night.

Let’s hope that by the time Williams’ and Parkers’ kid starts playing sports, that Sheldon figures out, you sometimes have to hold your tongue.