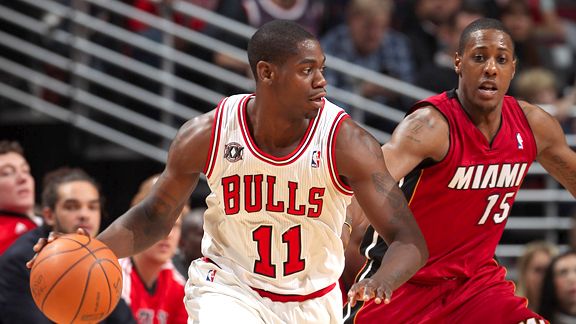 Not willing to give up Taj Gibson or a first-round pick, the Chicago Bulls aren’t expected to make any major moves before Thursday’s NBA Trade Deadline.

According to Real GM’s Shams Charania, however, current free-agent Ronnie Brewer has maintained constant contact with the team.

One free agent wing the Bulls are maintaining contact with throughout season: Ronnie Brewer, league sources tell RealGM. Familiarity there.

Brewer played one-game with the Chicago Bulls last season before being waived. The small forward would be a solid defensive addition and give the team more wing flexibility off the bench with Tony Snell.