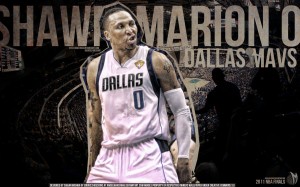 Shawn Marion has one ugly shot. This should have become clear had you watched any of the NBA finals. However, does Marion have an uglier shot from the line than Chuck Hayes?  You be the judge.

The Matrix’s form can’t or shouldn’t be emulated.  Unless you start practicing your shot as though you are making a two handed chest pass, flicking your wrists outward and then holding your follow through, it should be hard to shoot like this. There probably isn’t an uglier shooting style in the NBA as this looks much like a sling shot. However, Marion’s shot works as he is a career 81% shooter.

Chuck Hayes combines a little Anthony Mason and Charles Barkley swinging a golf club. This is one ugly basketball shot and the stutter in his shot is not beneficial.  Hayes is a career 60% shooter from the line and some assistance would probably be beneficial.

Noah describes his shot as “unusual and a little different.” Clearly, he is right because he has the second or third most unorthodox shot in the NBA. He starts his shot very low and ends up releasing the ball around his ear. Noah then flicks his wrist in the opposite directions making a V with his arms. It may not be the prettiest shot but it works for Noah shooting 71% from the line.

As a fan of the pistons Wallace making any free throw was always a pleasant surprise.  Wallace’s form isn’t terrible because he gets his elbow lined up with the basket. However, he releases the ball very oddly which probably is the reasons he is a career 41%! shooter.

I think he deserves a bit of a break. I know it’s much harder for big men to shot because of the girth and inflexibility of their shoulders. Similarly, Shaq probably never had to practice shooting the ball until he got into the NBA and teams started the “hack-a-shaq” defense. However, his motion which is a fling at the basket with one hand makes it difficult to view and a very bad career shooter at 52%.