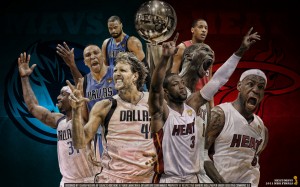 Lebron James and D-Wade were simply spectacular down the stretch, each scoring eight during a game-ending 18-3 run. Chicago really played a great game and my hat goes off to them. They outplayed Miami in every facet and seemed to be sending the series back to Miami. However, Miami’s big three were too much to handle for 48 minutes and advance to face Dirk and the Mavericks on Tuesday in the NBA Finals.