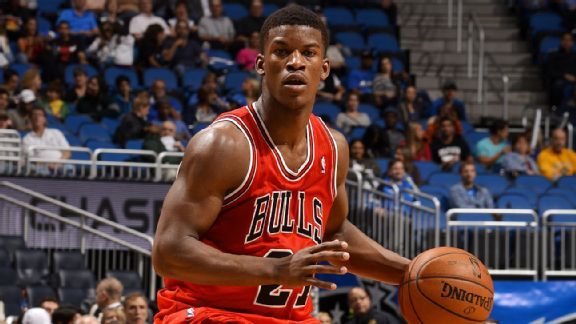 The Bulls’ Jimmy Butler was selected to his first NBA All-Star game last week. The 25-year-old shooting guard, who may be up for ‘NBA Defensive Player of the Year’ at the end of the year, had a hilarious quote about playing defense in the NBA All Star Game.

Butler joked that he would still play D in the All-Star Game: "They might not, but I do."

Jimmy on ASG "I think everybody would love to make the All-Star team in their career. I feel like I've come a long way since I started here"

Butler will likely be matched up with the Western Conference’s Klay Thompson, James Harden or Russell Westbrook.