Are These Drunks Mark Cuban’s Replacements? 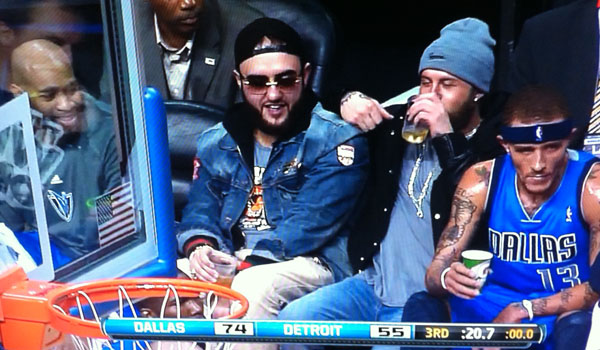 On Tuesday night at the Palace of Auburn Hills,  the Detroit Pistons and Dallas Mavericks played a lopsided basketball game while two drunkin’ gentlemen were sitting right between the Mavericks Delonte West and Vince Carter drinking beer. V.I.P seats, if you ask me.

It’s too bad they were at the Pistons game with one hundred other fans watching a bad basketball team stink it up.

Even as a former Pistons fan, you couldn’t pay me to attend a game, although, I would be game for a one-on-one chat with Delonte West to ask him some ‘personal’ questions. 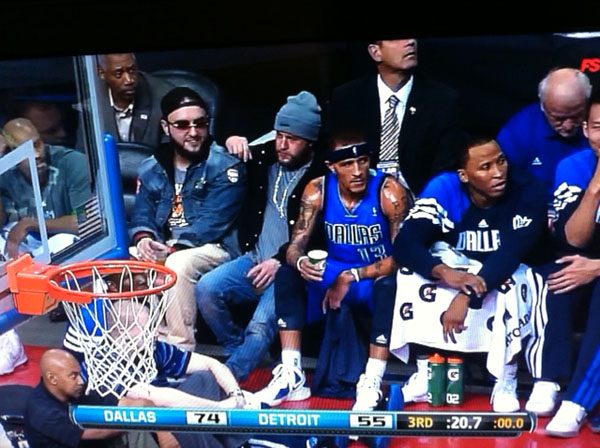 Is that you, Mac Miller?