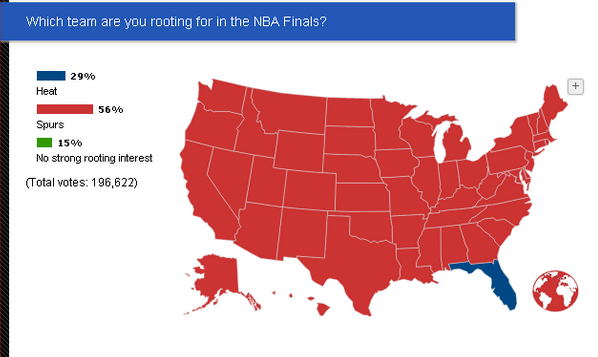 An ESPN SportsNation poll found that nearly the entire country will be rooting for the San Antonio Spurs over the Miami Heat in the NBA Finals. Of the 196,622 votes, 56% will root for the Spurs, 29% the Heat and 15% have no preference.

An updated version of the poll (with 320,000 votes) shows that Wisconsin, West Virginia, Delaware, South Carolina and Mississippi have switched from rooting for the Spurs to the Heat.