Dwyane Wade's Post-Game Outfit Had It All 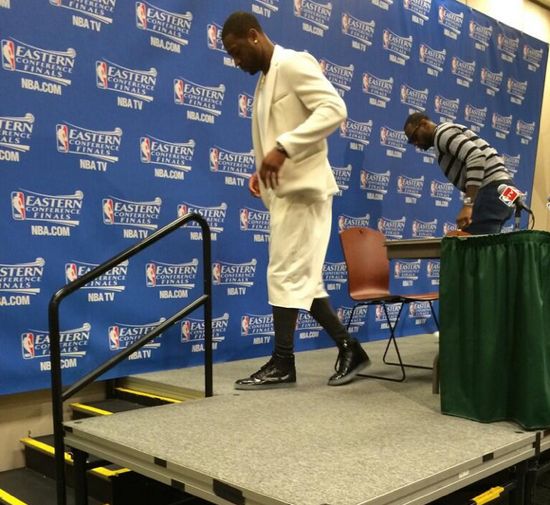 Dwyane Wade was a huge reason why the Miami Heat evened out the Eastern Conference Finals after Tuesday night’s win over the Indiana Pacers. Wade led the Heat in scoring with 23 on the night, scoring several big buckets late in the game.

After the game and having played such a brilliant game, Wade went for the most outrageous white suit that included baggy below-the-knee pants, high black socks and black athletic shoes. Keep it coming on the floor and in the fashion department, Dwayne.

In this article:Dwyane Wade, Miami Heat