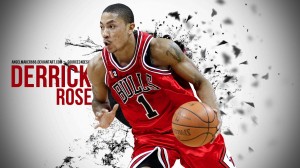 Although these last four weeks i’ve only followed college basketball, the NBA regular season is nearing a close and awards are soon to come out.  For MVP, Derek Rose is the obvious selection.  Rose has finally become that star player everyone envisioned he would dating back to his days at Simeon high school.  He has led the Bulls to the top spot in a tough Eastern Conference and is currently 7th in the league in scoring at 25 ppg and around 8 assists per game. Those numbers pretty much speak for themselves and saying he is the NBA’s best player is not far from reach. Just take it from Lebron,  Rose is deserving of MVP.

Rookie Of The Year goes to the one and only, Blake Griffin. This, along with MVP, is a pretty obvious selection. Griffen has freakishly set himself into the NBA and categorized himself as one of the most best big men. He probably is the most athletic player and provides the most jaw dropping plays the NBA has seen for awhile. In my opinion, the most important aspect to Blake Griffen is the fact he plays for the LA Clippers. The Clippers and their fans are deserving of a little hope and Griffen certainly provides that.

Coach of the Year goes to Chicago Bulls, Tom Thibodeau. As stated before, Thibodeau and the Chicago Bulls have the best record in the Eastern Conference. The thing I have been most amazed with the Bulls, is that have been able to click as a team all season.  Even with the injury to Carlos Boozer, Chicago found ways to win games at the begging of the year. When Boozer returned, the Bulls didn’t become a different team but a better one. Chicago has been the most surprising team this season and has been great against the NBA’s best teams. 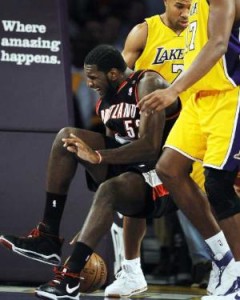 Blockbuster Trade Lands Carmelo in New York
Can the Lakers and Celtics Come From Behind?