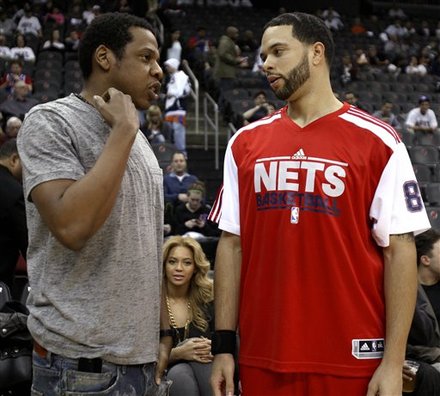 Deron Williams becomes the first notable NBA players to sign with an overseas team by agreeing to a one year, $5 million with Turkish team, Besiktas. The deal includes an opt-out clause which would allow Williams to return to the NBA once the lockout ends. Williams’ move may entice other current NBA players to forgo waiting for the NBA owners and players to come to agreement.  Signing a contract barring no NBA season by Williams will be a stinger for the Nets and part owner Jay-Z.  In not having an NBA season, it’s probable that many other star players such as Kobe, Wade, and Amare would go elsewhere to play basketball and make money.

Losing a Kobe type player is exactly what the NBA and its owners can ill-afford. The threat of these players departing could be just enough to get the NBA owners to come down on some of their demands and think twice about getting a deal done.
In this article:Deron Williams