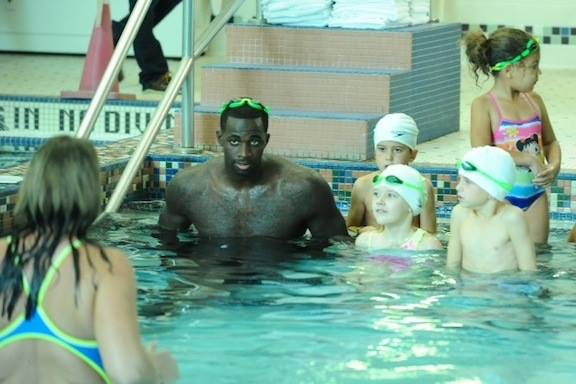 Celtics power forward Brandon Bass, having never learned to swim as a kid, is learning at a Boston Boys & Girls Club. Bass’ motivation to take up swimming now is so that he can feel safe swimming with his son Brandon Jr.. According to the Boston Globe, Bass became fearful when he was a child after a neighbor his age drowned, and the memory has stayed with him. Bass spends his offseason in Orlando, where he has a house with a pool, so taking up swimming class with 10 other kids doesn’t seem like such a bad idea.

Kinda ironic Brandon Bass doesn’t know how to swim with his name and all.