Can the Lakers and Celtics Come From Behind?

LA is behind 3-0 to the Mavericks and will have to become the first NBA team to come back and win 4 straight games. Meanwhile, the Celtics after taking game 3 with an all out team effort win, is only behind by the smallest margin of 1 game. Both these teams are nearing the decline of their dynasties. Obviously, basketball is a game of inches; sometimes the ball bounces in a particular way or your team just starts clicking. It is an uncontrollable game at times, too.  Often, experience can trump all the unreasonableness and pressure of the challenge. In fact, both the Lakers and the Celtics have been in these types of situations before and will respond by rising up. The Lakers and Celtks know the clock is ticking and there aren’t many more times that they will be in the situation they are in. During last night’s Boston Celtics defeat of the Miami Heat, you could see the will to win for the Boston Celtics. Rajon Rondo, hobbled with a dislocated elbow, continued to fight it out and literally played with one arm. At the same time, the experience of Kevin Garnet, Paul Pierce and Ray Allen trumped all the talent that Miami possess. There is no easy road to getting the job done. 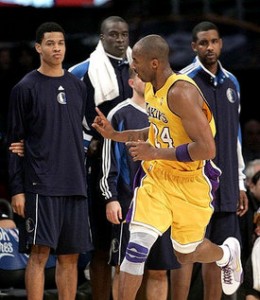 Why  LA. Will Come Back and Win: Plain and simple,The Lakers are the proven champs and the team that no team wants to face further down the road. Game 4 is in Dallas and will obviously determine whether the Lakers fight to see another day. If the Lakers can continue the series, forcing a game 5 and a game 6, it is possible that they can win the series at home game 7. This is certainly no easy prediction because the Mavericks have been playing amazing basketball. Will it continue? I’m reluctant to say that the Mavericks can and questionable of whether Dirk has more Zach Randolph type performances. LA needs the role players to win. Kobe Bryant won’t single handingly win this series. He needs guys like Pau Gasol, who in my eyes will respond and make up for his embarrassing game 3. Likewise, a player who has been so clutch throughout his NBA career, Derek Fisher needs to get mentally back into this series. The Lakers are not going to give up easily and if Dallas maintains their level of play through game 3, then the Lakers are finished. However, get a few baskets for players like Gasol and Fisher and the confidence may be enough to go back to LA and extend the series. 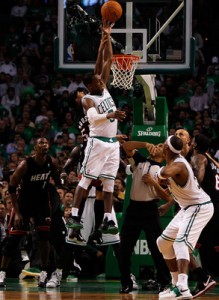 Why Boston Will Come Back and Win: Boston looked really good last night during game 3. I thought that the strategy that the Celtics employed was near perfect.  They made Miami play the way that Boston wants them to play which is a slower, walking the ball up the court, pace.  Although, Miami often had trouble getting the ball up the court because of the full court defense that was employed by Rondo.  This was a great coaching decision and the type of move that clarifies that they know how to do the small things to win games. They certainly don’t have the talent that Miami has with their Big 3, but the Celtics have the “it” factor. I can’t even really explain what “it” is, but when you see your point guard coming back onto the floor with a dislocated elbow, you have to have full confidence in your teammates. This series is still very much in play. Game 4 in Boston should go Boston’s way and home court should win out in games 5 and 6.  If this series makes it to a game 7, I would put my trust in the team that has been here before and knows how to react to different situations.