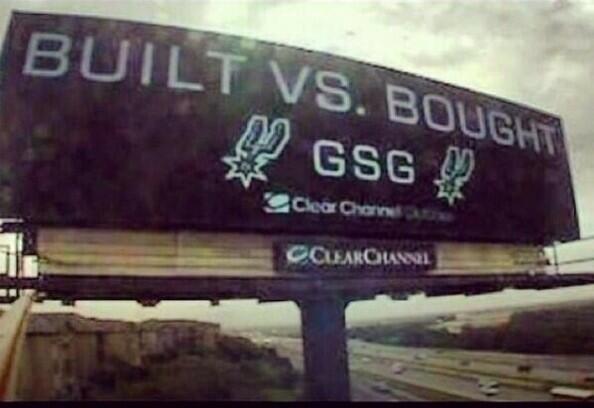 The trash talking between the San Antonio Spurs and the Miami Heat has already begun with the NBA Finals just days away from kicking off.  One billboard in San Antonio has written, “Built vs. Bought”, which is referencing the Heat’s Big 3–Dwyane Wade, Chris Bosh and LeBron James–two of which were signed through free-agency vs. the Spurs’ Big 3–Tim Duncan, Manu Ginobili and Tony Parker–all of which were drafted by the team.