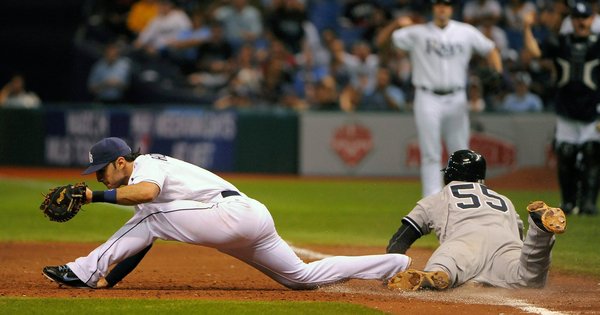 During Tuesday’s 5-3 defeat of the New York Yankees, the Tampa Bay Rays collected their first triple play since 2006.

Facing Jeremy Helickson with the bases loaded and no outs, Yankees catcher Russell Martin rolled over a ball hitting it to third baseman Evan Longoria. Longoria stepped on 3rd base, threw over to Ben Zobrist at second, who then relayed it to Sean Rodriguez covering at first, just beating a diving attempt by Martin.

With the win, Tampa Bay stays tied with the Boston Red Sox atop the AL Wild Card standings, with only one game left to be played in the regular season.