During the World Series Championship parade Wednesday in San Francisco, Giants relief pitcher Sergio Romo took a political stance wearing this shirt.  Romo was born in Brawley, California to Mexican parents and took over as the Giants closer late in the season and for the playoffs.

It appears that he was using his new found fame and love from his fans to promote a real cause that certainly gained a lot of attention, especially on Twitter. 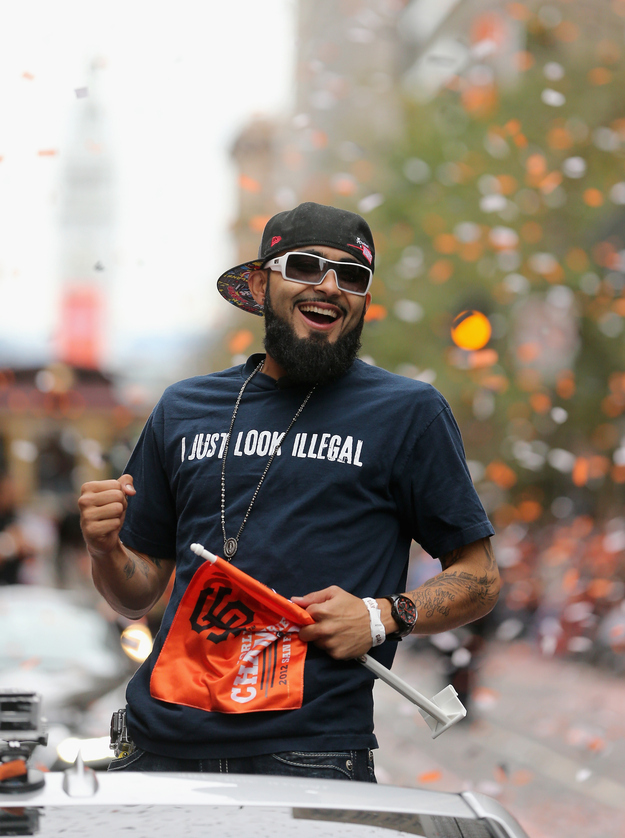 And while some thought it was fantastic for him to do, others questioned whether a victory parade was the best place to do it.

Personally, I enjoy when athletes and famous people use their fame to bring attention to causes they think are important, and there is no reason for him to not say how he feels.  It’s just too bad that he never commented on the shirt or why he decided to wear it.