The San Francisco Giants captured their second World Series Championship in three years by sweeping the Detroit Tigers. After Sergio Romo recorded the final out for San Francisco, the party started in the streets of the city by the bay.

Even though the final game was in Detroit, that didn’t stop Giants fans from having fun and setting off fireworks and lighting buses and cars on fire.  “We’re going to help the partiers party,” police Sgt. Tad Yamaguchi told the San Francisco Chronicle, citing the precautions taken based on events in 2010. “As long as they’re lawful and having fun, we’re all for it.” 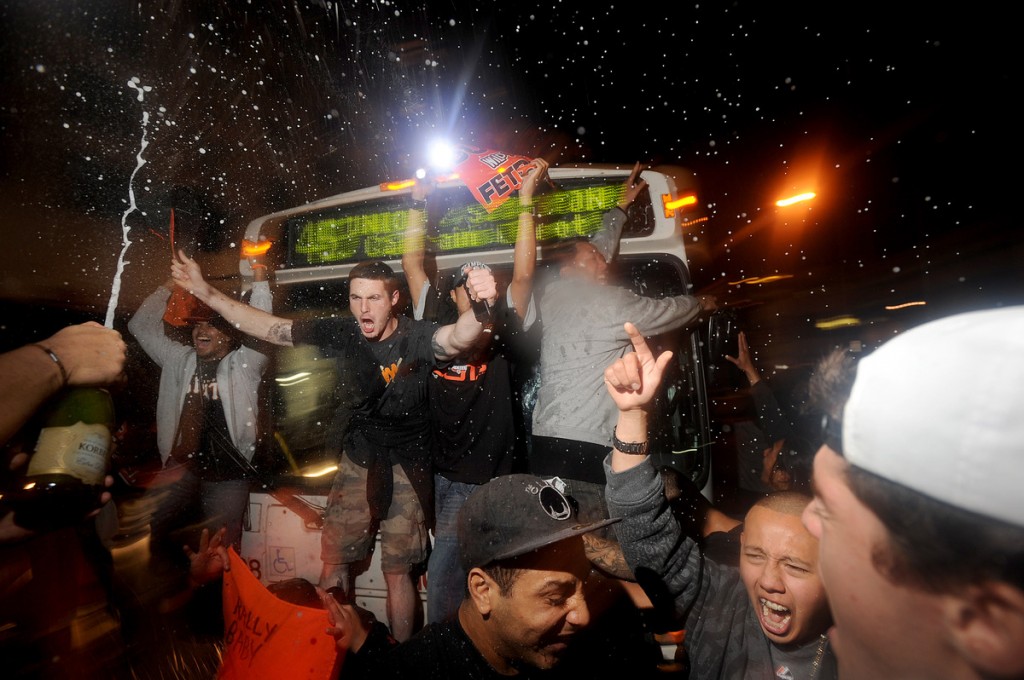