Whatever it takes to gain an advantage. After giving up a solo shot to Philadelphia Phillies outfielder Dom Brown, Miami Marlins pitcher Alex Sanabia was spotted delivering some of his saliva to the fresh ball he received from the umpire and rubbing it in. Courtesy of Crashburnalley, Sanabia broke  Rule 8.02 (a)(2):

(2) expectorate [spit] on the ball, either hand or his glove;

Even though it’s against the rules, It seems apparent that Sanabia wasn’t trying to hide the spitball from the camera. 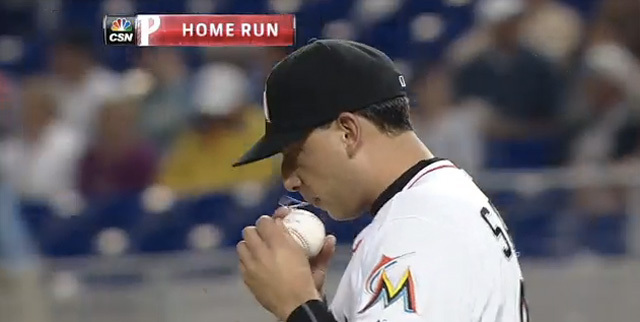