Justin Verlanders’ Near No Hitter 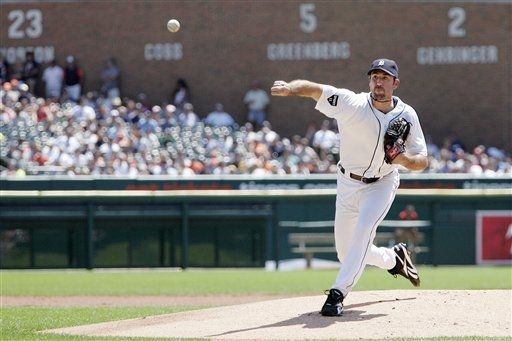 Considered the pitching match-up of the year, Jered Weaver (14-4, 1.79 era) against Justin Verlander (14-5, 2.34 era), these two front runners for the AL Cy Young Award faced off in Detroit today and delivered a performance for the ages.

Justin Verlander proved that he is the most dominant pitcher in the league as the Tigers beat the Angels 3-2. Verlander had his 3rd career no-hitter intact through 7 innings until Maicer Izturis broke it up with a single with one out in the 8th inning.  The 8th got a bit sloppy for Verlander who then gave up two unearned runs. He had a throwing error on a bunt attempt by Erick Aybar and a fielder’s choice by Peter Bourjos that ended up with Aybar scoring in a pickle. Still, Justin Verlander was near flawless getting his 15th win by delivering a 100 mph fastball, striking out 9 and going 8 strong innings.

Verlander also gave Bobby Abreu two free passes (he probably remembered the 24 home run performance during the 2005 Home Run Derby) which were the only walks given up. Jose Valverde got the final three outs  for the Tigers who entered the game at 56-51 and in first place in the American League’s Central Division with a 1 1/2 game lead over the Cleveland Indians. The Angels, 59-49 trail first-place Texas by two games in the West Division.

Things got chippy during the game. Jered Weaver got upset with home runs and a bit of posing by Magglio Ordonez and Carlos Guillen’s home runs and some words were exchanged. Weaver then followed that up by throwing at Alex Avila’s head which got both him and Mike Scioscia ejected. Huge victory for Detroit, which should give them some momentum going into August. 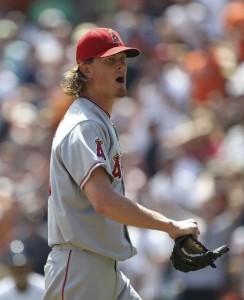