During Game 4 of the ALDS, Orioles catcher Matt Weiters led off the 12th inning with a single to left field while shattered his bat. The broken bat hit Chamberlain’s elbow that he had repaired last June by Tommy John surgery.

Chamberlain was taken out of the game for inflammation (as you can see from the photo below). Lucky for the Yankees and Chamberlain, X-rays were negative. 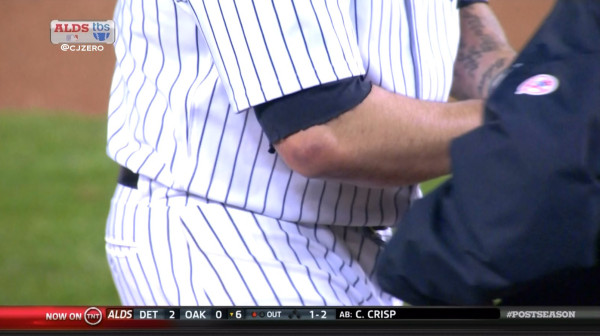