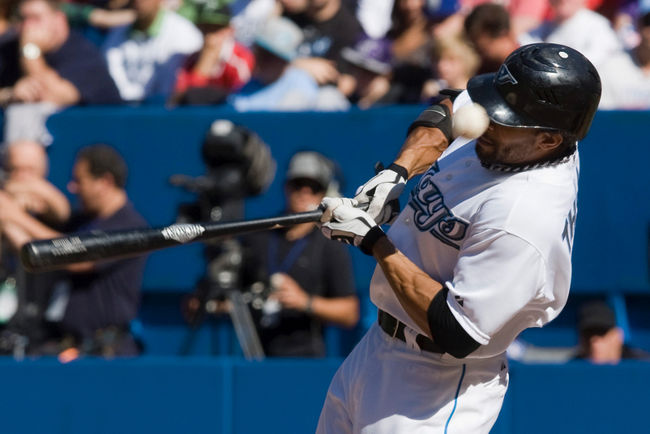 Blue Jay’s outfielder, Eric Thames, nearly caused serious damage to himself during Sunday’s 3-0 defeat of the New York Yankees. On a full count pitch, Thames took a inside fastball and fouled it off his mug.

Fortunately, Thames only split his eye on the play. He later said that he’s, “seen similar players who’ve broken cheek bones, stuff like that. I got off lucky. It looks worse than it actually is”.  The health status of Thames, the Blue Jays 2008 7th round pick, is currently day-to-day.