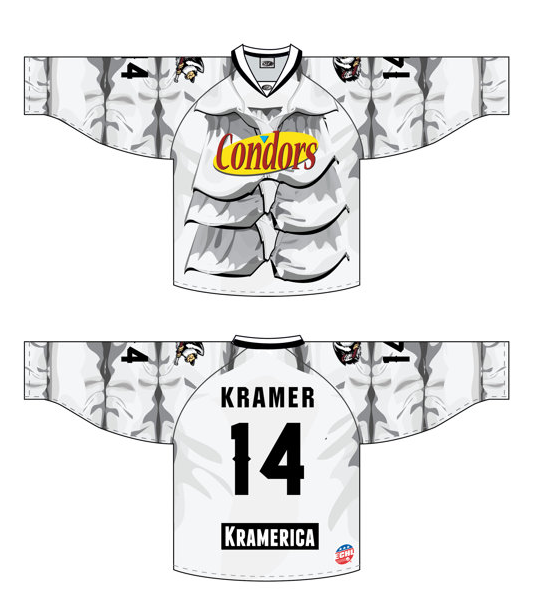 The Bakersfield Condors are always doing something crazy to draw in fans. The ECHL team has even brought a live Condor to a game before and the thing got loose during the National Anthem. This time, the Condors are paying homage to Seinfeld and the show’s 25th anniversary with these puffy shirt jerseys. The jerseys will be worn on November 16th and won’t feature the players’ names, instead they will have character names. I’m guessing that some jerseys are going to be wanted more than others…

What characters made the cut, you ask?

This leaves five open slots and the brilliant marketing team over there has decided to have a fan voting contest to see which characters will get the remaining spots. This is truly a brilliant idea.