The Air Force Academy varsity athletes have to be some of the few that hardly ever fly commercially when going to play games, and it must save them a fortune.

When Air Force came to Ann Arbor to play football earlier this year, I met some of the cadets that were at the Academy and they showed me a photo of them also flying on a C-17 to the game.  I guess when you have plenty of aircrafts on your campus, you might as well utilize them.

Air Force hockey team riding in style in a C-17 on our way to Buffalo to play Canisius/RMU! http://t.co/0ZNxPamy 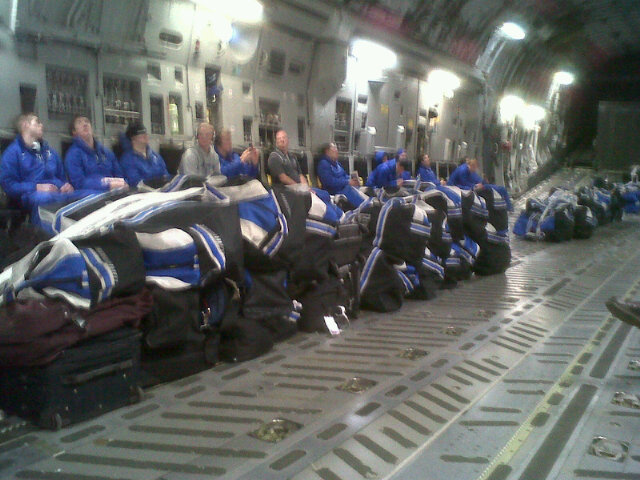