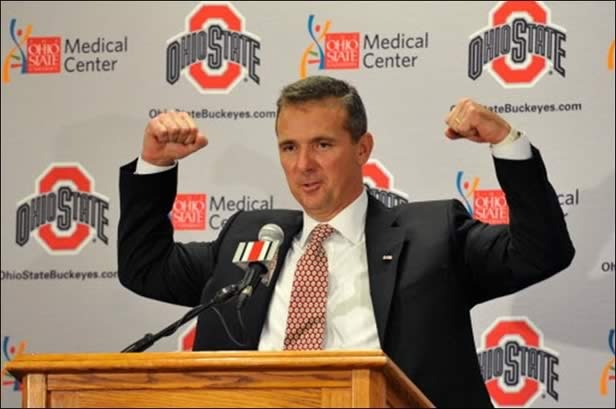 After losing to the Florida Gators 24-17 in the Gator Bowl, Ohio State, finished  the season 6-7, their worst record since 1988.

New Ohio State football coach, Urban Mayer, is trying to turn things around in Columbus, which happens to come at the cost of one of the biggest social-networking sites.

He is actually banning Tweeting. Unreal!

Here’s my suspicion as to why Meyer would take away Twitter:

It starts with a twitter ‘incident’ while Meyer was the head coach at Florida. One of Meyer’s starting safeties, Will Hill (seen below in his Twitter avatar), went on a little twitter rant and became a very famous man.  If you need reminding or some entertainment check out this article on The Wonderful Life of Will Hill. Let’s just say Hill knows how to entertain.

It’s not uncommon for a new head coach to come into a program and change some things up. I’m just surprised it wasn’t tattoos.

Also, huge shout out to one of my Twitter followers and blogging friend, Sports Chump, who was crowned  The Best Sports Blog in BallHype’s contest.  Chump, a Florida grad and fan, should know Hill’s story all too well.