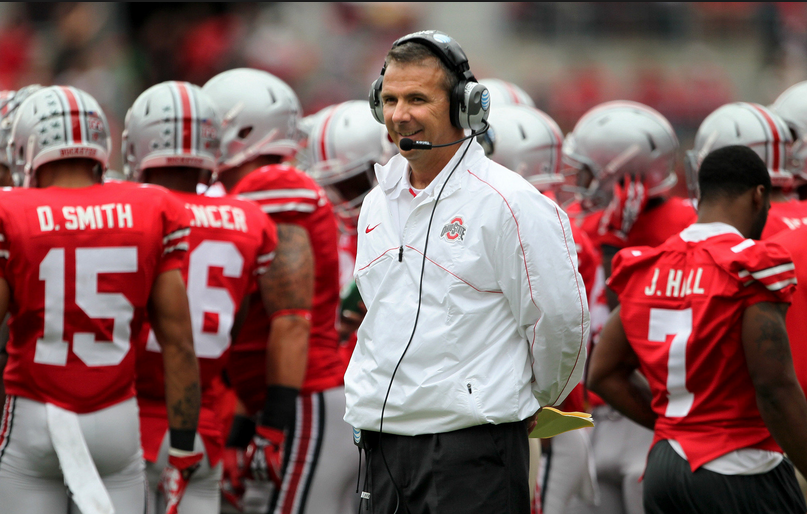 Ohio State head coach Urban Meyer has now upped the ante with Michigan head coach Brady Hoke on how extreme they will take this rivalry.  On the first day that NFL scouts were allowed to visit Ohio State’s practices, at least two scouts were seen wearing blue shirts.  Meyer told an assistant to tell them that they were not permitted to wear blue while attending Ohio State practices and they were provided Ohio State shirts to wear.

One scout for an NFC team who was there but not directly involved acknowledged that the incident was “embarrassing,” but didn’t want to say anything further.
Said another longtime scout who’s been to Ohio State this month but not the day of the incident: “It’s just not something that needed to happen. It could have been handled much better, and if that (blue-shirt) rule is going to be enforced, they could let us know.”

I don’t have a problem with Meyer banning blue shirts at his practices, but you would think that he would have the courtesy to let the scouts or practice attendees know ahead of time.  I’m going to assume that all of the Buckeye players and staff have now thrown out anything that is blue in their wardrobe.
[Fox Sports Ohio]
Related Topicsslider