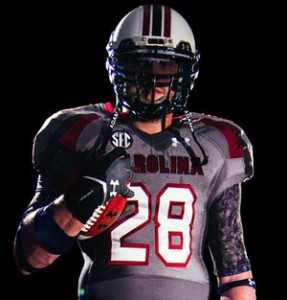 South Carolina will be wearing these camouflage infused uniforms this Saturday against LSU and I personally am not a big fan of them.

I’m not the only one though, this is what Head Coach Steve Spurrier had to say; “It looks pretty good,” Spurrier said at the time. “We showed it to the players, and they liked it. Of course, they like anything a little different and fancy. I more believe in the traditional uniforms we’ve been doing. I’m not real big on those fancy uniforms. If it’s a big game, I would rather wear our normal stuff.” 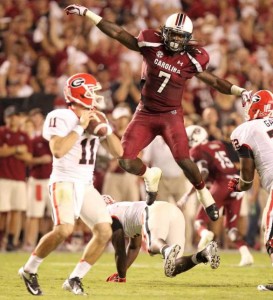