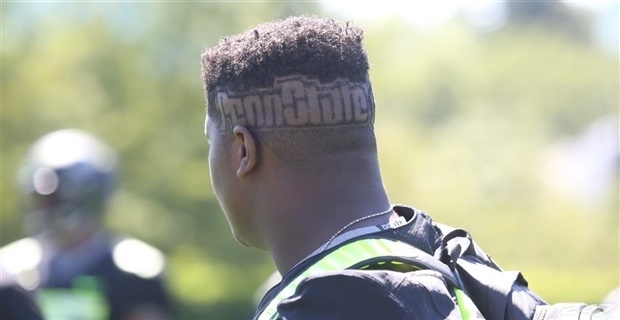 Adam McLean, a four-star defensive end recruit from Bethesda, Maryland, showcased his new Penn State haircut at Nike’s The Opening event this week in Beaverton, Oregon. Although McLean pulled his hamstring during the 40-yard-dash on the first-day of The Opening, there’s no question he caught the eye of college football fans across the country.

#WeAre DL commit Adam McLean (@MoneyMakeinAdam) is out w/ a hammy. But the fresh cut is still turning heads. https://t.co/gSg7AJ6I5h