4-star OT Jean Delance decommited from Oklahoma this afternoon. Although he didn’t specifically tab the Oklahoma’s Sigma Alpha Epsilon racist chant video as the reason for decommitting, people are speculating that was the reason.

Also seen below is Oklahoma linebacker Eric Striker cursing out the fraternity, which has now been shut down.

Bob Stoops issued this statement and was present at a demonstration this morning: 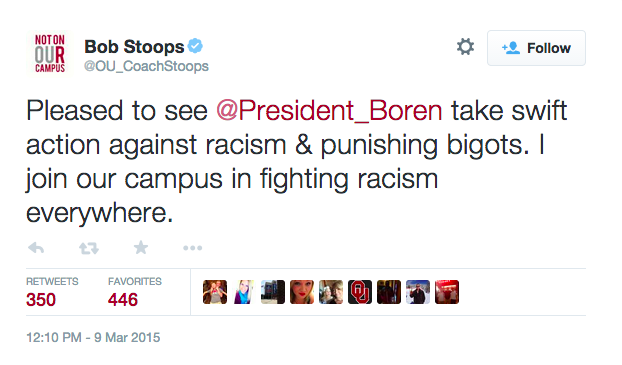