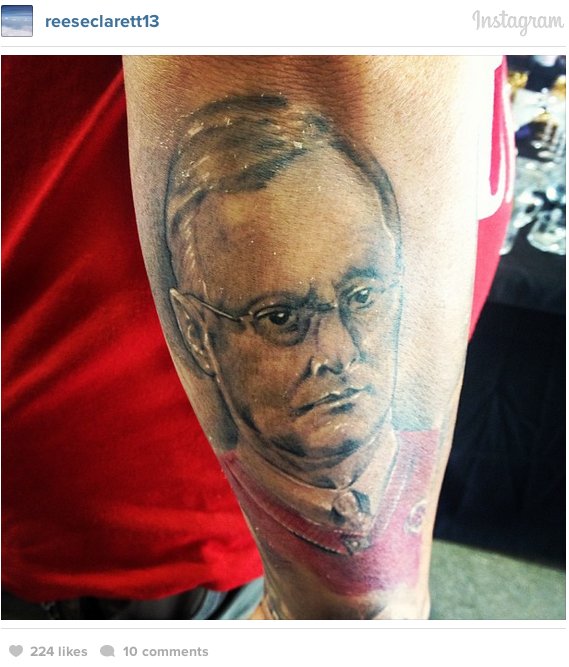 Former Ohio State Buckeyes running back Maurice Clarett has had trying times since his freshman season where the Buckeyes won the National Championship over the Miami Hurricanes in 2002.  Throughout his troubled times though, Clarett has stood by his former head coach Jim Tressel and posted this photo on his Instagram page.  It’s not yet clear if this is Clarett’s tattoo or if he is just a fan of the art work, but it is only fitting that since Tattoo’s lost Tressel his job that he has become one.