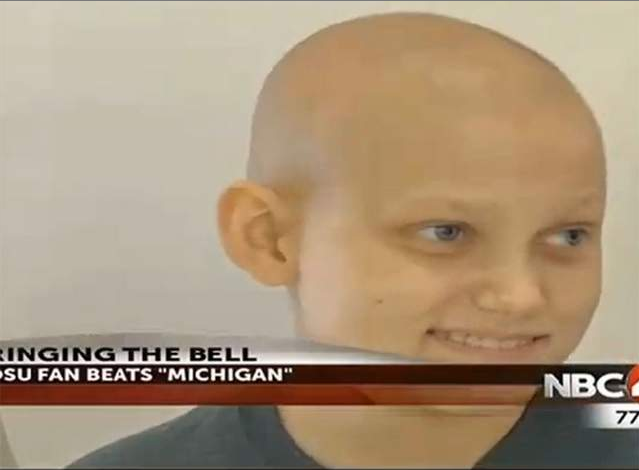 Grand Reed is a 12-year-old die hard Ohio State Buckeyes fan, who was diagnosed with a brain tumor in 2011.  Both of his parents went to Ohio State and being the massive Buckeyes fan that he is, he decided to name the tumor “Michigan.”  So far he has beaten “Michigan” with his cancer now in remission after spending a lot of time in the hospital.

“We’ve beaten Michigan for the short term, but like any rival, there’s a chance it can come back,” [Grant’s father] Troy said.

Grant will return to the hospital every three months for an MRI. He suffered some complications from treatment, which impacted his speech and mobility.

“I want to recover. I want to talk faster, I guess. Walk faster,” he said.

After seeing the story, the University of Michigan Twitter account came out and did something extremely classy.

We'll always be rivals with @OhioState, but just this once, we're happy to hear "Michigan" was defeated: http://t.co/lvW31HfyzO

@umich We're appreciative of your support–and grateful for your good sportsmanship!

Hats off to the University of Michigan for doing this.