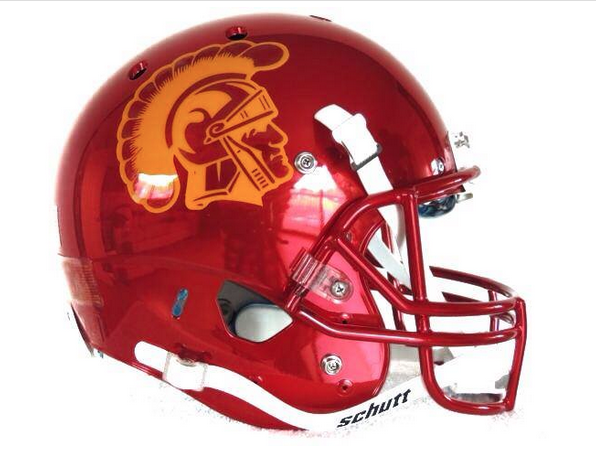 Are the USC Trojans getting a new shiny alternate helmet? It’s possible, but nothing has been confirmed by the school. A player apparently told Inside SoCal that they are getting a shiny helmet, so this could be it. It’s not a bad look, but the traditional USC helmet is too awesome to not wear all the time.

UPDATE: After months of speculation, the USC Trojans finally confirmed that there will be a chrome helmet, but the facemask isn’t red, it’s chrome. 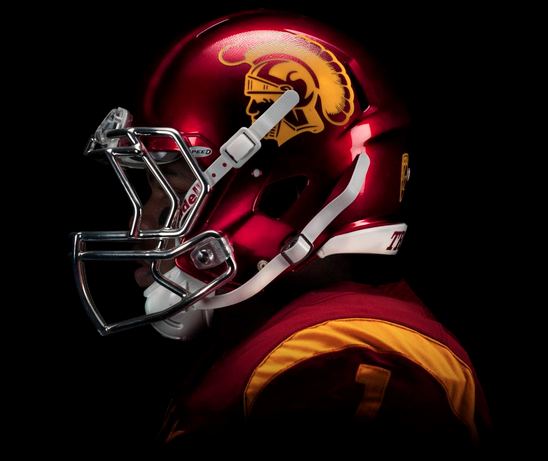 USC will wear metallic helmets with chrome face masks as a modern update to the classic look for Homecoming. #FightOn pic.twitter.com/5zP4pF6sBR

The helmet looks good but I still think that USC is one of those teams that should never ever touch its helmets under any circumstances.