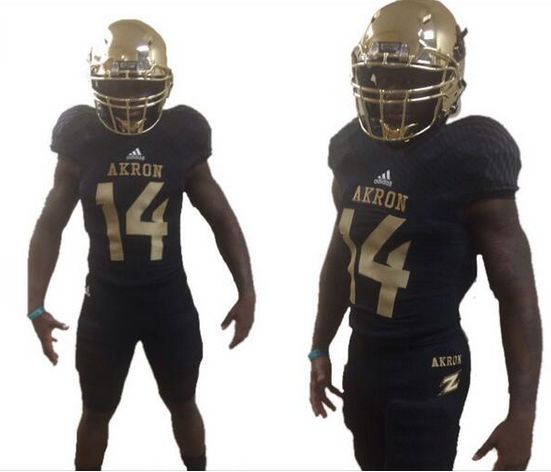 Akron Zips head coach Tommy Bowden revealed some new uniforms that the Zips will wear this upcoming season, complete with Gold Helmets. The number font looks pretty slick, it’s too bad we can’t see what logo is on the side of the helmet to better evaluate how it looks. Either way the gold chrome bucket is a nice addition to the rotation.

UPDATE: Akron has revealed a new white helmet that is pretty slick as well.

You think the gold chrome was sharp…take a look at the white! We will have both helmets this year! #GoZips pic.twitter.com/zXYl2UmnwX 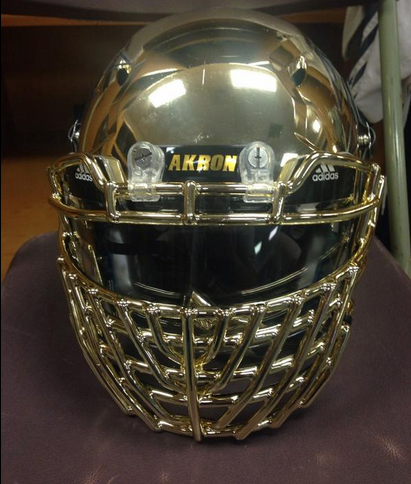 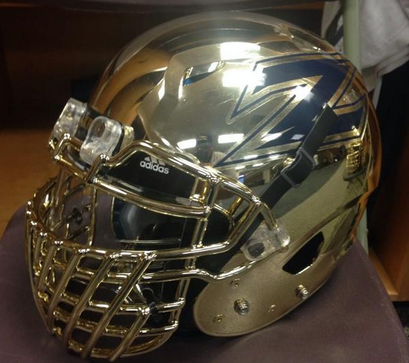