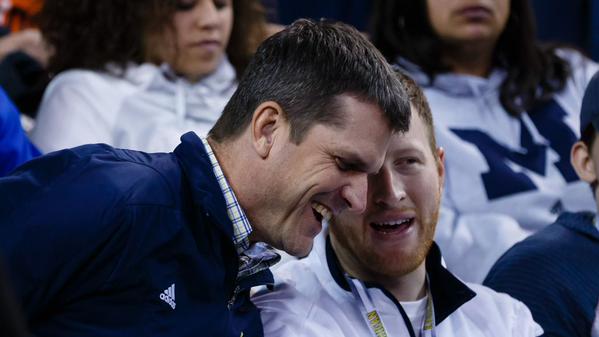 Michigan added the commitments from QB Zach Gentry, DE Reuben Jones and OT  Nolan Ulizio over the weekend. With the additions a four-star (Gentry), a three-star (Jones) and a two-star (Ulizio), Michigan’s team rankings have gone from 101 to 73 in 24 hours on Rivals.com. No team with 9 commits ranks higher than UofM on the list.